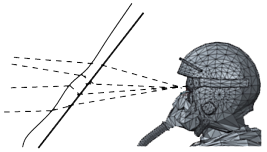 How is distortion usually measured today in the aircraft transparency industry? Transparency distortion is usually measured directly by the manufacturer, in specially equipped rooms. A typical apparatus for measuring distortion consists of a grid board, a digital camera and a stand for fixing the windshield/canopy that is to be examined. In order to measure the distortion, it is necessary to put the camera in the position equivalent to that of pilot’s eye and make a picture trough the transparency.

By visually examining the captured image(s), the inspector locates the region with clearly apparent distortion. In that region, the angle of tangent slope in a portion of deformed grid lines has to be calculated (the slope for both horizontal and vertical lines should be calculated) and then compared to the adequate standard.

Distortion has been measured in this way virtually since the dawn of the aircraft transparency industry! In practice this method has been shown to be slow, inefficient and highly susceptible to subjective interpretation by all links in the quality assurance chain, from the transparency manufacturer to the pilot as the end user.

Our TOPINS software package has been developed to meet the highest standards of quality assurance in transparency inspection and to fully eliminate any subjective factors from the process. TOPINS is the result of many years of dedicated work by leading MECAPLEX experts on aircraft transparencies optical quality inspection, computer image processing experts, IT engineers and aircraft engineers.

Use of TOPINS software allows manufacturers to introduce an effective and uniform distortion inspection mechanism, compliant with any standard that may be specified by the customer. Implementation of this software does not require any modification of the existing system or any additional investment in equipment. A very powerful PDM system, which is included as a feature of TOPINS, provides full support to the quality assurance department (purchase order/contract tracking, storage of technical documents, recording and monitoring of geometric parameters of transparencies, statistical view and quality monitoring over a specified interval, search by all relevant parameters, certificate generation…)

For end users of transparencies (aircraft manufacturers and servicing organizations), TOPINS is a highly reliable and efficient tool for internal transparency distortion inspection through all lifecycle stages of the product – from quality inspection at the time of acceptance from the manufacturer to in-service inspection. Thus, potential users of this solution include transparency manufacturers, manufacturers of civil and military airplanes and helicopters, repair and overhaul facilities…

TOPINS is a stand-alone Windows application enabling high-precision automated and/or manual distortion measurement across the entire visual field of the transparency. Distortion is measured according to one and/or multiple selected standards. A feature of TOPINS software is also the PDM system, which manages all relevant data and technical documentation relating to the examined transparency.

„TOPINS software has been in use in MECAPLEX for more than 7 years now. From the beginning, this software has become an irreplaceable tool for measuring distortion according to ASTM F- 733 Standard (Grid Line Slope Method) in our company. By using TOPINS software, we have multiplied our accuracy and productivity while eliminating all subjectiveness in the process of quality control of aircraft and helicopter transparencies.

When comparing TOPINS software to classic (manual) testing methods, we have now achieved huge time savings in processing results of testing. This software is easy to use, user-friendly and process-oriented. In addition to this, the software support team is professional, responsive and willing to help“.

Glass before and after testing in TOPINS application 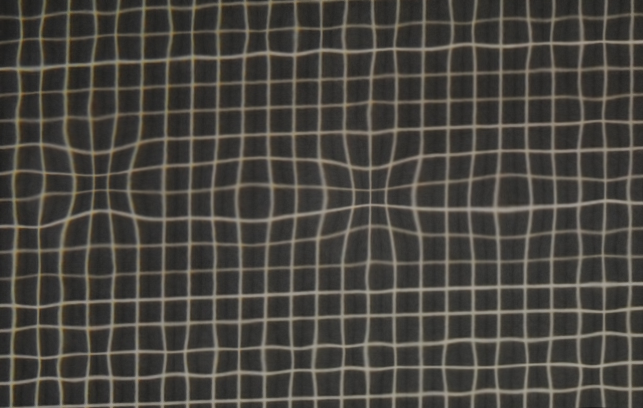 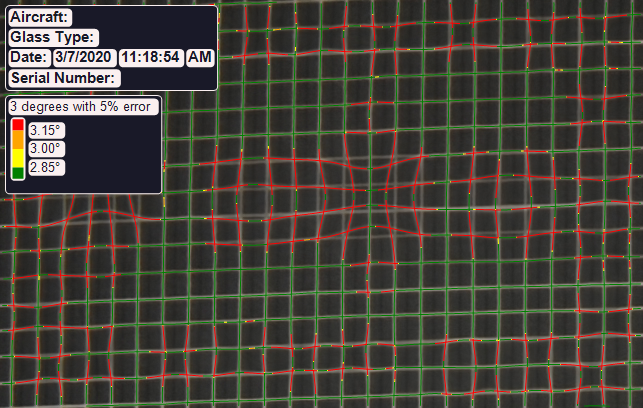 Login to TOPINS site to get additional features